One of the first things that Michael Shermer says in his “Baloney Detection Kit” video is not to blindly trust any information or source, even when it comes from a widely accepted, authoritative expert. Ironically, this caused me to immediately clue into the potential biases that Dr. Shermer himself possesses as I carefully evaluated the agenda he was pushing and the organizations he represents. Michael is the founding publisher of Skeptic Magazine, the Executive Director of the Skeptics Society, and a columnist for Scientific American. In other words, he is a spokesperson for the scientific community at large and his agenda is to push forward the philosophies of science and critical skepticism.

Now, scientific methodologies have certainly proven themselves to be quite useful and invaluable throughout the course of mankind. The evolution in technology, medicine, etc. that has occurred over time as a result of science is virtually impossible to deny. At the same time, scientific practices are often idealized in the mainstream media as generally being infallible and impervious to biases of any kind. Those who have studied the sociology and politics of science, however, do not find this to be true in the real world at all. Thomas Kuhn, a philosopher, historian, and physicist once said:

“Typical scientists are not objective and independent thinkers. Rather, they are conservative individuals who accept what they have been taught and apply their knowledge to solving the problems that their theories dictate.”

Donald Campbell, a social scientist engaged in the study of false knowledge, also was critical of academic disciplines and often pointed out biases or prejudices that could lead to faulty research results and/or theories. His model of “ethnocentricism” suggests that the scientist’s nature is greatly influenced by extensive social factors. For example, political and business pressures may lead researchers to gravitate toward specialties that are already central to a department. The members of these central specialties receive the most support, financially and politically, for their concerns, theories, framework, goals, and methods. Therefore, these members naturally define the current paradigm as they suck in new students from peripheral areas that have lessor support and indoctrinate these students into their already narrowed models of thinking and research. Campbell believed that this organizational phenomenon has created large interdisciplinary gaps and also greatly debilitated cross-departmental communications in many institutions. 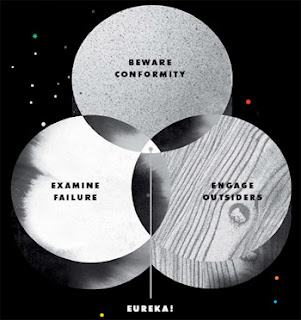 My point is that although Shermer’s “Baloney Detection Kit” was an interesting and valuable lesson in critical thinking and I certainly agreed with much of what he said, I still must call him out for failing the critical thinking tests of humility and empathy. His attitude seemed to be rather dismissive and condescending towards those who choose to be skeptical about certain scientific results as well as those who tend to rely more on their intuition and gut in order to make sense of the world. Michael clearly showed his cards early on about where he stood on issues such as global warming, and yet he made little effort to fully engage or debunk these skeptics. I am not attempting to defend deniers of science but I must say that by the end of this video, Dr. Shermer left me feeling a bit unconvinced of his assertions, especially after he cavalierly exclaimed:

“Science is the best tool ever devised for understanding how the world works, and everybody knows that…”

I started watching with quite a cooperative and agreeable attitude but after hearing this overly bold and absolute language in his closing remarks, I actually walked away questioning his objectivity and feeling like somewhat of a skeptic myself.

Snopes.com is considered to be another “authoritative” source for determining truth. It helps visitors rapidly determine whether various urban legends and internet rumors are true or false. Once again, though, Snopes objective and infallible reputation has been called into question several times. For example, a blogger named John Andrews, who appears to be a webmaster and SEO consultant, discovered a deceptively disguised promotional article for Jingle Networks “free411” service buried in between their authentic articles. The promotional article was designed to look just like an actual Snopes article, complete with meta keywords and everything. There were not even any obvious labels that identified it as sponsored content. Additionally, Snopes recently angered some of its visitors by eliminating article author bylines and implementing a strange Javascript hack to prevent casual users from cutting and pasting content from their articles. Snopes never explained why they took these measures, and it ultimately caused some to wonder if their mission was more profit-driven than truth-driven.

The real takeaway here, in terms of uncovering truth via the internet, is that there simply is no convenient “truth tool” that can fully replace the rigorous act of critical thinking when one is seeking authentic information. There are no shortcuts. Even when reading scholarly articles from generally respected scientific or academic institutions, one must continue to exude the values, techniques, and virtues of critical thinking.